More than 600 members of Sydney’s Latin American Catholic community gathered at The Good Shepherd Parish, Plumpton to celebrate Mass and honour Our Lady of Guadalupe on Sunday 8 September.

VIEW: Images from the Santa Maria Festival here or below. 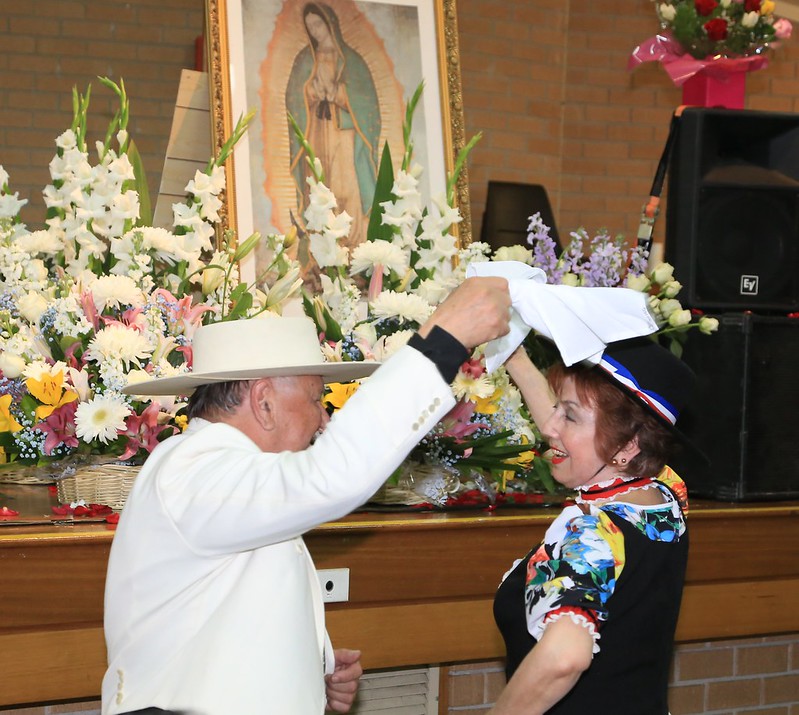 The festival is held in honour of Our Lady of Guadalupe, Patroness of the Americas, and also celebrates Latin American Catholic culture in Sydney.

Bishop of the Diocese of Matagalpa, Nicaragua, Bishop Rolando José Alvarez Lagos was principal celebrant for the Mass.

Concelebrating the Mass was Fr Luis Herrera, Chaplain to the Spanish–speaking community in the Diocese of Parramatta and other local clergy.

Bishop of the Diocese of Matagalpa, Nicaragua, Bishop Rolando José Alvarez Lagos during the Hispanic Festival at The Good Shepherd Parish, Plumpton. Image: Diocese of Parramatta.

“This festival brings us together and is the main event for the Spanish-speaking communities in Sydney,” Fr Luis said.

“We have Mass, we share our food together, our dances and our cultural performances. The most important thing is that we are together.

“We hold this event in honour of the patron saint of Latin American, Our Lady of Guadalupe.

“Every year, we have a bishop from a different country in Latin America.”

This year, Bishop Lagos led the 9.30am Rosary which preceded the 10.30am Mass.

Bishop Lagos, who earlier this year narrowly escaped an ambush attempt, described life in Nicaragua as “getting worse” and “very hard.”

Meeting Hispanic Catholics in Sydney, he found a “people with a lot of faith and people with Christ as fundamental in our lives.”

Bishop Lagos defined the importance of Our Lady of Guadalupe to Hispanic Americans.

“In Our Lady of Guadalupe, we have found our identity. She is our mother. She is our common union with our blood, our soil, our culture, with our Indigenous people, the Indoamericana.

His message from Hispanic Americans in Australia was simple. “Keep strong in our faith and our culture. Stay united in faith.”

Touching on Pope Francis, Bishop Lagos described the Holy Father as a “big gift” for the “rest of world” and a gift to “every society.”

Pope Francis, Bishop Lagos said, can unite his “Latin American faith and spirituality” with that of the Universal Church.

“We [Latin Americans] are not better, we are just different. We can express our faith differently.”

Attending with her husband two daughters, Sonia Lievano said the festival was “the biggest [Hispanic] Catholic event in New South Wales. We get together and celebrate our faith. It’s an honour to be with Our Lady.”

A parishioner at St Elias Speleota Catholic Church, Ashcroft, and originally from Colombia, Sonia said the festival was important for her daughters as “they were born as Catholics. For them, it is nice to come and share and it’s not embarrassing to show your faith as everybody is here for the same reason.”

Her daughters, “enjoy the food, the festival” and they “go home very tired, but extremely happy.”

The day was unique to Sonia as it had a “South American touch. The colour, the happiness, the food, everybody has to be happy, we make it very South American.”

“Today, as a celebration of faith, the biggest message we would have is to be together, to pray together. To see how our children, grow up with the same custom and showing them what faith is all about.

“Being part of the Australian Church is very important for us.

“The message would be, especially now, to value life. And now I have tears in my eyes thinking about the abortion law.

“The message that the bishop gave today was about the conception of Mother Mary.

An image of Our Lady of Guadalupe during the Hispanic Festival at The Good Shepherd Parish, Plumpton. Image: Diocese of Parramatta.

Jose Luis Cifuentes a parishioner at Mary Immaculate Parish, Quakers Hill, and a native of Bogota, Colombia, attended the festival with his wife and daughter.

This festival “strengthens our faith and our beliefs in the Catholic Church. It reunites all the Hispanic community in Sydney in one big event.

“As a community, we are small in numbers, however, belonging to the whole Hispanic community strengthens our presence in Sydney.”

Jose said the highlight of the day was “the Mass” and “celebrating the Mass for Our Lady of Hispanamerica.”

“It is inspiring spiritual-wise for us here. The Mass is for Our Lady of Panamerica. There is the effort to bring a senior cleric from Latin America which is relevant to the Catholic Hispanic community.”

Also a highlight for Jose was getting “to know parishioners from other parishes” and the “variety of food from different parts of Latin America, from Peru to Bolivia to Chile, Argentina.

“We also have the music and the live shows, reunites us and brings us together.”

Dancers perform during the Hispanic Festival at The Good Shepherd Parish, Plumpton. Image: Diocese of Parramatta.

Fermin Alonso, a native of El Salvador and a parishioner at Good Shepherd Parish, Plumpton is a coordinator of the Spanish Catholic Community. He also helped organise the festival.

“From a personal point of view, the Bishop is from Nicaragua, which is very close to our country El Salvador which shares similar customs.”

“We have spent time with the bishop already and he is excited to be here. He sees how the Latin American and Spanish community work together, forming one community.

“We know how difficult life is in Nicaragua. Religious figures are suppressed by the government for supporting the community.

“We all get together again, we rejoice, and it will be great to see the Nicaraguan community gather together again. It also brings two dioceses together, the Archdiocese of Sydney and Diocese of Parramatta.”

Wellington Silva, originally from Colombia and now a parishioner at St Therese, Mascot, attended the festival with his wife and young daughter.

This festival is important as “the congregation celebrates the faith and joins Latino people together.”

For Wellington, the Mass was the best part of the day. “This is the reason for the celebration. All countries in Latin American join with Our Lady of Guadalupe. She is like our mother.”

Sonia said she hoped for “people to continue with this faith. We hope that the children, the youth, continue with our faith. No matter what happens, what humans do wrong, it is our faith, it is our Catholic Church that is suffering at the moment.”

This was followed with an impressive display of traditional music, dancing and a flag procession. The colourful and eclectic celebration featured traditional Latin American cultural and artistic performances.

VIEW: Images from the Santa Maria Festival here or below. 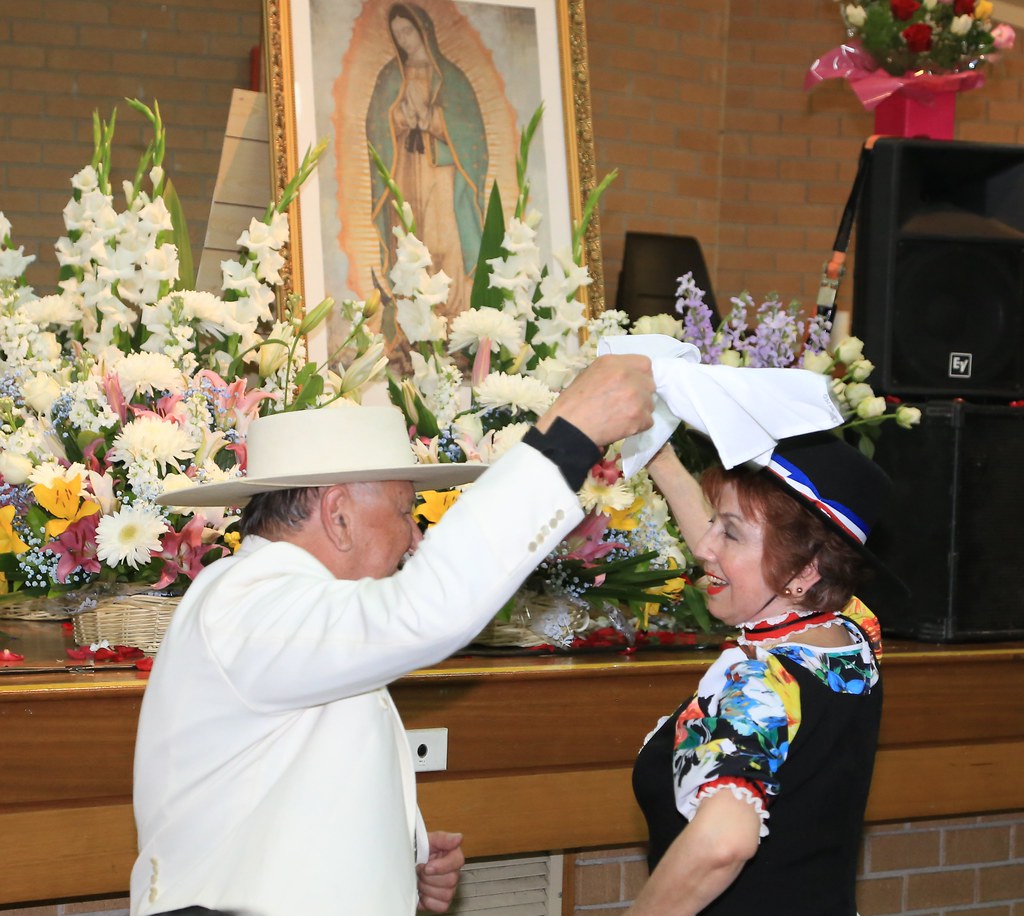