Year 12 leaders called to be something greater at LIFTED Leaders

In the words of Pope Francis, Year 12 leaders from across Western Sydney and the Blue Mountains have been called to “be something greater” at LIFTED Leaders.

The third LIFTED Leaders gathered a record 272 student leaders from 24 Catholic high schools across the Diocese of Parramatta at West HQ, Rooty Hill.

View images from LIFTED Leaders here or below.

The program, which fits more broadly in a series of evangelisations events for the Diocese, connects young people in leadership roles.

“LIFTED Leaders sets the tone for the year. It’s about getting everyone on the same page. Today should inspire young people into action before Bishop Vincent gathers a smaller group of leaders in a more intimate setting during June,” James Camden, Director, Catholic Youth Parramatta, said.

Qwayne Guevara, Local Engagement Leader, Catholic Youth Parramatta, told the students, “you’ve said yes to an invitation, not just to be leaders, but to be servants of your entire school. What an amazing privilege you get for the next year that you get to be the ones who give people a real voice and a platform to be who they are.”

Special musical guest Melbourne Catholic singer-songwriter Gen Bryant, who had performed to over 200 primary school students the day before, entertained the sometimes boisterous student leaders, who were happy to sing and dance along to her original music.

During the first session of the day, Gen Bryant encouraged the students to reach out to God in the good times and bad.

Greg Whitby, Executive Director of Schools, Diocese of Parramatta, explained to the leaders that leadership is a journey of accompaniment with others, and that in Christ, they can find a true example of leadership.

“Being Catholic is a statement, doing Catholic is very different and if you want the model, all you have to do is look to Jesus, because that’s where you’ll find the answers.”

“He didn’t come with all the answers, He just said ‘follow me.’ He went to all the places that others didn’t go, and he challenged the existing norms and did it in a peaceful, joyful and prayerful way. If you keep that in mind, you will be an outstanding leader in your school communities,” Mr Whitby said.

Following Mr Whitby’s comments, Bishop Vincent Long OFM Conv, Bishop of Parramatta encouraged the students to live in partnership with each other and with creation, echoing ideals held by Pope Francis.

“Each of you as young leaders and young Christians have to be exemplars of compassion, justice, truth and a sustainable way of life.”

“Our schools and you as leaders have to be the mouthpieces of the truth of God, and it’s not an easy task.

“My message to you is to be the servants and stewards of God’s world, instead of seeing yourselves as the centre of the universe. The biblical way or Christian way of seeing ourselves is that we are not set apart from creation, we are part of creation.

“Thank you for your leadership and your passion for justice and for a sustainable world. Let us go forward as messengers of God’s truth and His servants,” Bishop Vincent said.

Students were then encouraged to share with the wider group new initiatives and goals set by the leadership teams for their schools in 2020.

View images from LIFTED Leaders here or below. 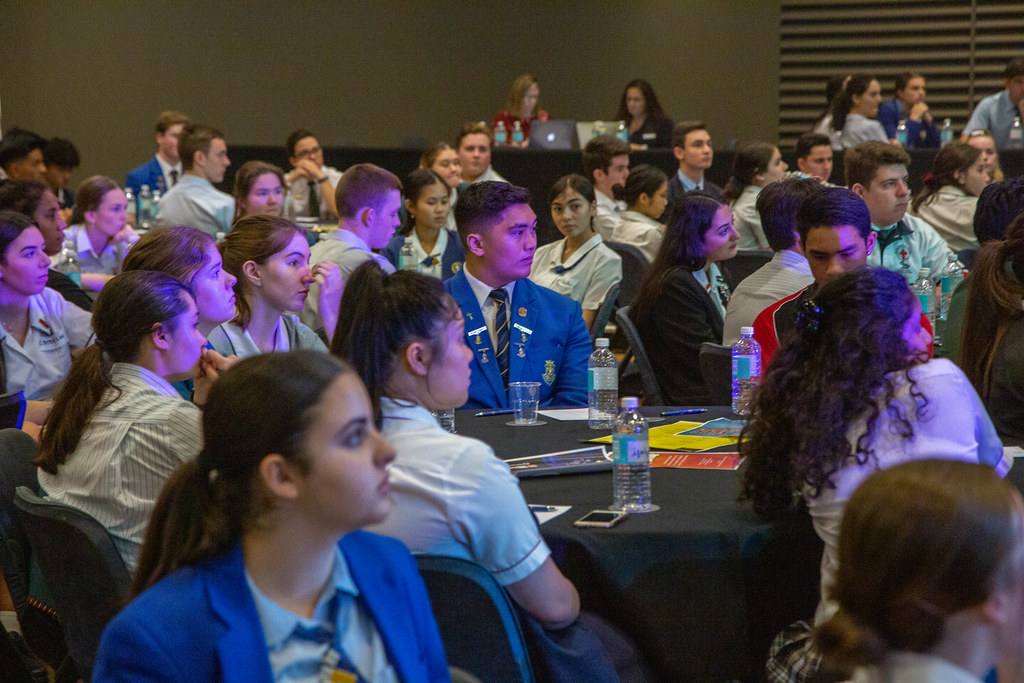