Over 600 young people from Western Sydney and the Blue Mountains have ‘come alive’ following the launch of Catholic Youth Parramatta (CYP)’s 2019 calendar at LIFTED Live.

Having performed for primary school students on Thursday 21 February, and Year 12 leaders on Friday morning, Victorian priest Fr Rob Galea was still in a joyous mood as he sang, danced, and inspired the capacity crowd at the EVAN Theatre in Panthers Penrith on Friday 22 February.

The LIFTED Band, made up of members from across the diocese, warmed up the crowd with some chart toppers before introducing Fr Rob, who started his set with an acoustic song in near darkness.

The CYP team of James Camden, Director, Sr Rosie Drum mgl, Assistant Director and Qwayne Guevara, Local Engagement Leader, discussed what will be in store this year for youth ministry, including leadership and music masterclasses, and the Easter festivities.

The CYP team then encouraged the youth to get involved in the Australian Catholic Bishop’s Conference’s Plenary Council 2020 process.

Attendees were asked to respond in real time to the question ‘What is God asking of us and our Church, now, and into the future?’ and were told that as the “Church of Now,” according to Pope Francis, their voices need to be heard.

As LIFTED Live was the first diocesan gathering since the return of 171 pilgrims from World Youth Day 2019 in Panama, two pilgrims were asked to share about their experiences.

Ella Coddington from St Madeleine Sophie Barat Parish, Kenthurst said that her highlight of the pilgrimage was singing Ave Maria during Mass in the Basilica of Our Lady of Guadalupe in Mexico.

Ella, who is a student of the Conservatorium of Music in Sydney, hopes to use her singing voice more in her parish, and is also writing compositions that are “inspired by God.”

Quinn Maravilla from The Good Shepherd Parish, Plumpton, said his highlight was being able to sit on stage during the Saturday Vigil with Pope Francis.

Quinn said that he wasn’t expecting to be able to attend World Youth Day for personal reasons but was able to with the support of his parish, friends and family.

“World Youth Day has changed me in my faith and in who I am. I hope that I can now give that to others,” he said.

Quinn and Ella then performed Glorious Ruins together, showcasing their musical talents.

After the testimonies, CYP revealed never before seen details regarding the diocesan pilgrimage to the Australian Catholic Youth Festival in Perth in December.

Fr Rob and the LIFTED Band returned on stage, with I’m a Believer finishing the night on a crescendo.

For more information about CYP events in 2019, visit www.parracatholic.org/cyp/ or check out their Facebook page.

View images from LIFTED Live here or below: 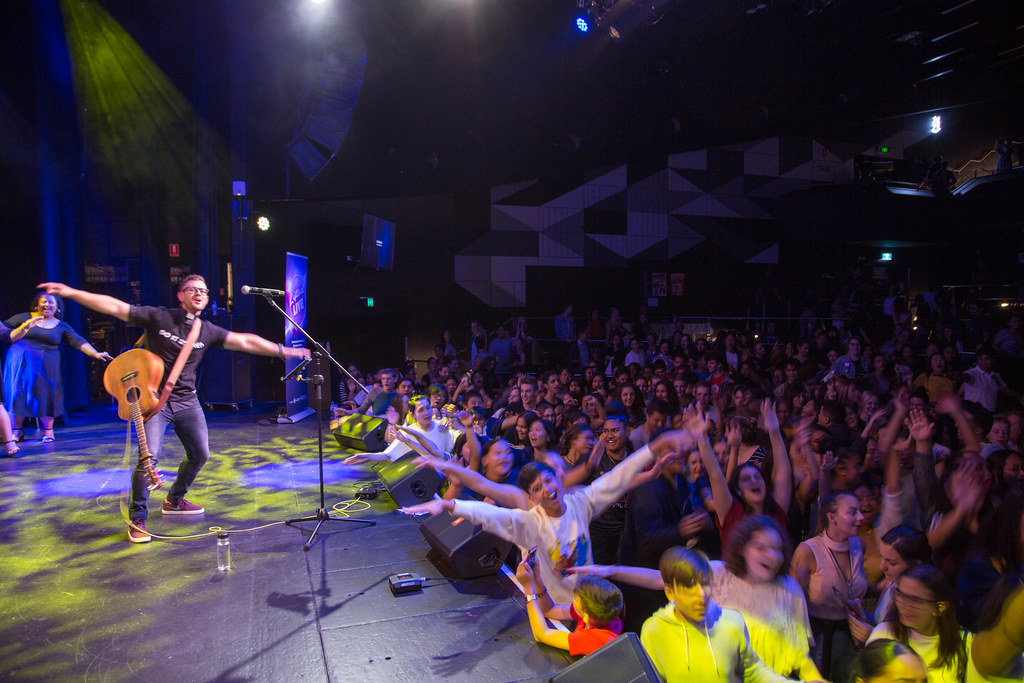